On Aug. 2, Ivanka Trump seemed to blame immigrant parents for the separation of families that happened this summer at the United States-Mexico border.

We should be “very careful of incentivizing behavior that puts children at risk,” she said.

She is not alone in putting the blame on immigrants. In June poll, 54% of American voters said that parents are at fault when their children are taken from them.

While Ms Trump’s father was separating thousands of families through his “zero tolerance” policy,  I thought about my own father ad the choice he had to make: leave me behind in Mexico or put my life at risk by bringing me to America for a chance at a better future. It was not a decision he made lightly.

I begged him to take me with him, but he worried that at 9 years old, I was too young to survive the treacher-our journey. Only my older sister, Mago, 13, and my brother, Carlos, 12, would go with him.

“I’ll come back for you, Chata, he said.

I shook my head and said, “The last time you left, you were gone for almost eight years, Papi.”

In 1997 , when I was 2, my father left to look for work in the United States. My mother followed him two years later, leaving my siblings and me in the care of our grandparents. At the time, Mexico was in an economic recession and on the verge of a national debt crisis. There were no jobs in my home-town – Iguala, in Guerrero, one of the country’s poorest and most violent states

No parent wants to put his or her child’s life at risk. But for families like mine, crossing the border was our only hope

For the nearly eight years he was gone, I longed for my father. There was a black-and-white photo of him hanging on the wall at my grandmother’s house. It was the only thing I had to remember him by.

He returned in May of 1985 for a two-week visit. This time, he decided to take Mago and Carlos with him back to Los Angeles. Not only did he tell me I would have to stay behind again, I’d be left without my beloved sister, who was like a mother to me.

Over the past few months, I have watched in horror as thousands of children have been taken from their parents as a repugnant deterrent for illegal border crossings. When Attorney General Jeff Sessions said, “If people don’t want to be separated from their children, they should not bring them with them,” I thought about how I begged my father to bring me with him. How many of those children had also begged to not be left behind?

Luckily for me, my father changed his mind. As the coyote guided us through the rugged terrain of Otay Mountain, my father carried me on his back when I got tired, which as often. We got caught twice by Border Patrol and sent back to Tijuana to start over again. We made it across on our third attempt

Ms. Trump also said, “We are a country of laws.” While she is passing judgment on immigrant parents like my father, her father’s administration is making it harder for families to seek legal entry into the United States by tightening the standards for asylum and legal migration. No parent wants to uproot and risk his or her child’s life.

Unlike Ms. Trump’s mother, my father was an economic migrant, too poor to qualify for even the most basic visa requirements. He was a maintenance worker with a third-grade education, and the only way to give his children a better future was to break the law.

My American – born daughter is now a year older than I was When I crossed the border. When I look at her, I think about how my father must have felt, trudging through the wilderness with me on his back. I could not imagine doing the same with my daughter. WOuld she survive what I survived?

Every day, in countries around the world, mothers and fathers are deciding whether saving their children means leaving them behind to suffer or bringing them on a perilous journey to a place where they could have a better future.

There are grave consequences to either choice.

Before we blame these parents for the situation their families are in, we should think about how they got their in the first place. Ms. Trump said that she is “very vehemently against family separation and the separation of parents and children.” If that’s the case, then she should advise her father to reconsider proposed cuts to the foreign aid the United States fives to countries like Mexico. Advise him to stop limiting the opportunities for migrant families to seek and receive asylum. Beg him to show compassion.

If she does not, many more families will continue to face this painful dilemma. My heart breaks for my father and for all the parents in the world right now who are looking at their children and wondering which choice to make 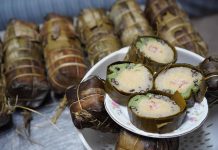 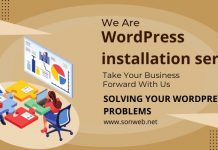 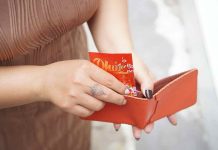 How much does a website design cost in Hochiminh city?